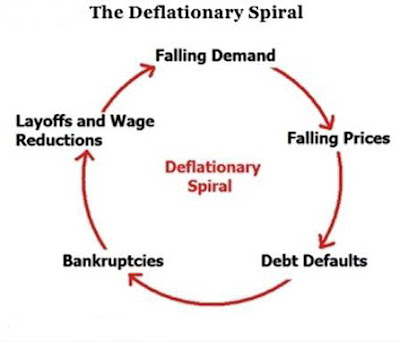 This week’s cover story in The Economist makes it far more or less official. Deflation, not inflation, is now the greatest concern for the world economy. More than the past year, producer prices have fallen all through the advanced globe customer costs have been falling for the last 6 months in France and Germany in Japan wages have essentially fallen four percent over the previous year. Until the current crisis prices have been falling in Brazil they continue to fall in China and Hong Kong they will almost certainly quickly be falling in a number of other developing countries.

The bond industry has far a lot more energy than central authorities simply because it represents the power of the colective – energy resulting from the aggregate sum of millions and millions of self-interested brief-term choices. When all these choices are produced in the identical direction at the similar time, the effect is unstoppable. That is why markets can crash no matter what kinds of doomed interventions may be employed.

The largest demographic group in the USA in the final century (or two) is the ‘baby boomers’. Their most productive, wealth developing years are ages 30 to 65, appropriate? So the first of the boomers (born in 1946) are just now completing this stage of life, and need to be at peak wealth, or near it, as a group. The remainder of the boomers are among 50% and 99% of the way through their most productive phase of life.

This lead to a scenario whereas nations now had a gold typical in writing, but in actuality there was no possibility of redemption in gold on a mass scale due to currency made via more than lending. The ratio of gold as the core holding of banks was being diluted by the … Read more ...